13 results for paris found within the News

Posted by SCMO on 18th November 2015 in Christianity | Archbishop Tartaglia, Glasgow, paris, France,
Mass for France   Following the terror attacks in paris last Friday Archbishop Philip Tartaglia, Archbishop of Glasgow, will offer a Mass for France this evening in St Andrew’s Cathedral at 5.15pm. The theme of the Mass will be “hope and solidarity”.     The Mass will be attended by the Lord Provost of Glasgow to represent the city and the Cabinet Secretary for Justice, Michael Matheson MSP, who will represent the Scottish Government. The Honorary Consul of France, Dr John Campbell, will do a reading in French during the Mass and will offer a vote of thanks at the end.     Archbishop Tartaglia’s homily is...

A message of support to the Archbishop of paris

Posted by SCMO on 14th November 2015 in Christianity | Archbishop Tartaglia, paris,
The President of the Bishops' conference of Scotland, Archbishop Philip Tartaglia has sent a message of support to the Archbishop of paris, Cardinal Vingt-Trois expressing his "sadness at the horrific events which unfolded in paris last night" Archbishop Tartaglia's message also promises to " join with you in prayer, commending to God’s love and mercy all those who were killed, injured, and bereaved"     The full text of the message is shown below.     ENDS Peter Kearney Director Catholic Media Office 0141 221 1168 mail@scmo.org     Letter to Archbishop of paris following terror attacks   Dear Cardinal Vin...

Posted by SCMO on 22nd August 2005 in Christianity |
...ember the parish church of Niegowic where I had my first pastoral assignment, the collegiate church of St Florian in Krakow, Wawel Cathedral, St Peter s Basilica and so many basilicas and churches in Rome and throughout the world. I have been able to celebrate Holy Mass in chapels built along mountain paths, on lake shores and sea coasts; I have celebrated on altars built in stadiums and in city squares ¦..this  varied scenario of celebrations of the Eucharist has given me a powerful experience of its universal and, so to speak, cosmic character. Yes, cosmic! Because even when it is celebrated on a humble altar of a country church, the Eucharist is always in s...

Posted by SCMO on 8th August 2007 in Christianity |
...Cardinal Keith O'Brien, President of the Bishops' Confernce of Scotland has written to the Archbishop of paris, Archbishop AndrÃ© Vingt-Trois expressing his condolences and those of the Bishops of Scotland following the death of Cardinal Jean-Marie Lustiger, Archbishop Emeritus of paris. Cardinal Lustiger who died on Sunday aged 80 was the only Jewish convert to Roman Catholicism to become a French bishop in modern times. The text of Cardinal O'Brien's letter is shown below.  ENDS  Peter Kearney Director  Catholic Media Office  5 St. Vincent Place  Glasgow  G1 2DH  0141 221 1168  pk@scmo.org  www.scmo.org  ...

Posted by SCMO on 18th May 2008 in Christianity |
...Catholic leaders back adult stem cell research with grantThe presidents of the Catholic Bishops conferences of England & Wales, Scotland and Ireland today announced the award of a £25,000 grant, funded from a special Day for Life collection, to support adult stem cell research in the UK.  The donation has been made to Novussanguis, an international research consortium on cord blood and adult stem cells for therapeutic aims that was launched in paris on 14 May, 2008. We support scientific research that seeks to cure disease and suffering, said the Cardinals. The HFE Bill has focused on embryonic stem cell research. In fact, much greater progress has alre... 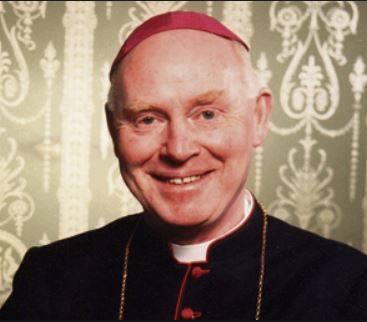 Posted by SCMO on 14th October 2016 in Blogging |
...Tributes have been paid to Bishop John Mone, former Bishop of Paisley, who died Friday 14 October aged 87.   Bishop John Keenan, current Bishop of Paisley has issued the following statement:   "We announce the sad news that Bishop John Mone died peacefully this morning just before 6.00am in the Holy Rosary Residence, Greenock.  He was taken unwell an hour or so before and passed away tranquilly.   Bishop John was a holy man of God who was a gentle and faithful pastor of his people and who was dearly loved by the faithful, clergy and religious of Paisley diocese.  May he rest in peace.   Our condolences go to his family who w...
[1] 2 3 ...of 3 | Next | Last Page