108 results for parliamentary officer found within the News

Posted by SCMO on 23rd March 2015 in Christianity | John Deighan, SPUC, parliamentary officer
Scotland s Catholic Bishops have thanked their parliamentary officer Mr John Deighan for his resolute and dedicated service to the Bishops Conference over the past 16 years. Mr Deighan, who leaves to take up the post of Chief Executive officer of SPUC (Society for the Protection of Unborn Children) Scotland next month became the Catholic Church s parliamentary officer in 1999 at the inception of the Scottish Parliament. Commenting on the move, Archbishop Philip Tartaglia, President of the Bishops Conference said; John has provided dedicated and energetic service to the church in Scotland for 16 years and we wish him well in his new role. His ability to s...

Posted by SCMO on 28th October 2012 in Christianity |
Sunday 28 October 2012Catholic Church's parliamentary officer accuses LGBT groups of "intolerance and intimidation"In a strongly worded opinion piece in today's "Sunday Express" the Catholic Church's parliamentary officer John Deighan has accused leading LGBT campaigners including a Scottish MSP of "intolerance and intimidation"John Deighan also charges Gay rights charity Stonewall of displaying stridency and aggression with its ˜Bigot of the Year award, created to intimidate anyone who criticises their agenda.Mr Deighan details some of the intemperate and hateful attacks to which he and others have been subject, simply because they expressed public support f... 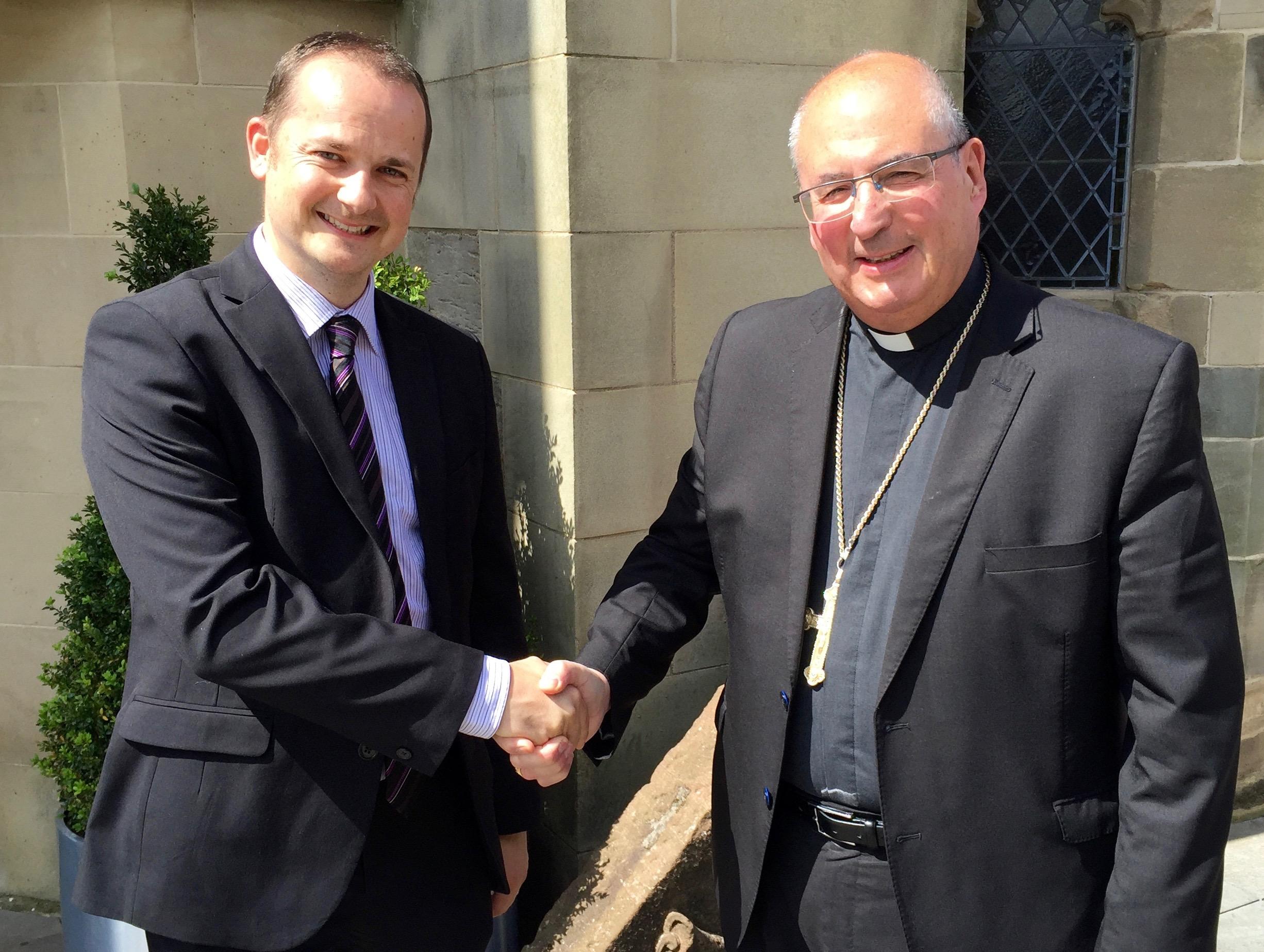 Posted by SCMO on 8th September 2010 in Christianity |
OFFICIAL ST NINIAN S DAY PAPAL VISIT 2010 TARTAN LAUNCH12.30pm, THURSDAY AUGUST OUTSIDE PUBLIC ENTRANCE OF SCOTTISH PARLIAMENTCardinal Keith Patrick O Brien will tomorrow unveil the world s first ever Papal Visit plaid when he presents the St Ninian s Day Tartan to the country s political leaders at the Scottish Parliament.The tartan will be handed over to the Parliament s Presiding officer, the Rt Hon Alex Fergusson MSP, along with leading figures from the four main parties on behalf of their parliamentary groups. This will include the Rt Hon Alex Salmond MSP, Iain Gray MSP and Annabel Goldie MSP. All 129 MSP s will then be gifted a tie or a scarf by the Car...

Posted by SCMO on 26th May 1999 in Christianity |
The Bishops' Conference is pleased to announce the appointment of Mr John Deighan (32) as parliamentary officer.He will take up his appointment on 14th June.Married with three children, John is presently a Lecturer in Systems Analysis and Design at Motherwell College.A graduate of Paisley College (B.Sc. Hons Physics) with Post-Graduate Studies at the University of Strathclyde (M.Sc. Information Technology Systems).  John has gained wide experience in the political arena through his involvement in the Trade Union Movement, Pro-Life work, the Movement for Christian Democracy and election campaigning.A former pupil of St Brendan's High School, Linwood, John has ex...

Posted by SCMO on 17th September 2014 in Christianity |
Responding this week (15 September) to the Proposed Organ and Tissue Donation (Scotland) Bill, the Catholic parliamentary Office on behalf of the Bishops Conference of Scotland has made clear its objection to an opt-out system of organ donation as it removes the important principle of consent in our legal system and undermines the integrity of the person  The response goes on to state, that; The present system recognises the importance of genuine consent in the treatment of persons and the charitable nature of organ donation which is based on a gratuitous act of kindness on behalf of the donor.  The parliamentary Office response also goes on to uphold the...
[1] 2 3 4 ...of 18 | Next | Last Page