Did you mean: charles kennedy ?

25 results for Charles Kennedy found within the News

Posted by SCMO on 14th July 2015 in Christianity | Scots college, Rome, new rector, Fr Dan Fitzpatrick
Vatican appoints Paisley Priest   Acting on the proposal of the Bishops Conference of Scotland, the Vatican Congregation for the Clergy has appointed Fr.Daniel Fitzpatrick as the next Rector of the Pontifical Scots College succeeding Monsignor John Hughes. Fr Fitzpatrick will take up his new post on 1st August 2015.    A medical doctor prior to his ordination to the priesthood in 2001, Fr.Dan has been the Vice-Rector of the Scots College in Rome since February 2012.   A native of Paisley, Fr Dan Fitzpatrick was a parishioner of St.Mirin's Cathedral Parish, where his mother Margaret remains a parishioner.    He attended St.Catherine's Primary School...

Posted by SCMO on 23rd November 2015 in Christianity | Bishops Conference of Scotland,November 2015
At their meeting in Edinburgh last week, Scotland's Catholic Bishops discussed a wide range of issues and received reports from a number of Departments of the Conference. They also held elections for Office Bearers and assigned Episcopal oversight responsibilities to new members.   ELECTIONS & APPOINTMENTS:   The Conference re-elected the exiting office bearers (President: Archbishop Tartaglia, Vice-President: Bishop Toal & Episcopal Secretary: Bishop Gilbert) for a further 3-year term. They also agreed that office bearers could not serve for more than two continuous terms.   Bishop Nolan was appointed President of the Justice &...

New Bishop of Argyll and the Isles 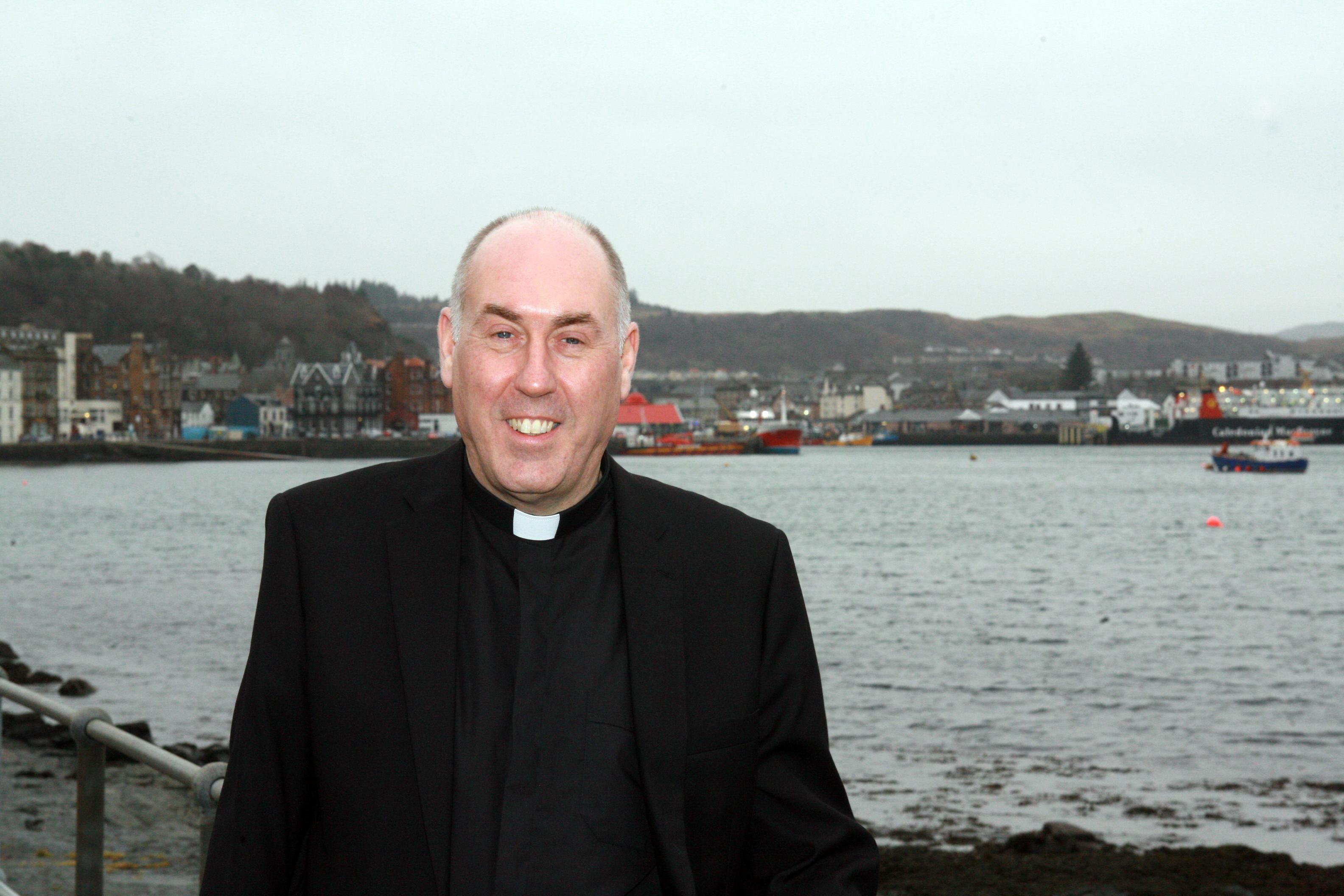 Ordination of new bishop of Argyll and Isles

Posted by on 17th February 2016 in Blogging | Episcopal ordination,Argyll and the Isles,Bishop Brian McGee
The Episcopal Ordination of Monsignor Brian McGee as the new Bishop of Argyll and the Isles will take place at St. Columba’s Cathedral in Oban on Thursday 18 February at 7.00pm.    Speaking ahead of his Episcopal Ordination Bishop Elect-McGee said; "I am very much looking forward to my Ordination as Bishop of Argyll. Although it is a challenging vocation God's grace and the kindness of so many people has greatly encouraged me.  I ask for people to pray for me as I prepare".    The new Bishop will be consecrated by Archbishop Leo Cushley of St Andrews and Edinburgh.   Commenting on the ordination of Bishop Elect...

Cardinal looks to Scots for support

Posted by SCMO on 6th May 2016 in Blogging |
THE first ever Catholic Cardinal of Myanmar/Burma will use a visit to Scotland to ask Scots to support his country during its transition to democracy after decades of military rule.   Cardinal Charles Maung Bo, the Archbishop of Yangon (Rangoon), who has promised to provide a ‘voice for the voiceless’ in his home country is coming to Scotland from May 8-11 as a guest of Missio Scotland, SCIAF, Aid to the Church in Need and Christian Solidarity Worldwide.   During his trip to Scotland, Cardinal Bo will celebrate Mass at St Andrew’s Cathedral in Glasgow, talk to more than 250 pupils from schools in the Motherwell Diocese and take pa...

Posted by SCMO on 18th July 2017 in Blogging |
The Bishops’ Conference of Scotland has announced the appointment of Dr Alison Burke as Curator of the Scottish Catholic Heritage Collection at Blairs Museum. Dr Burke was previously Creative Project Co-ordinator with Aberdeen City Council where she started in 2017 to build creative networks in Education in Aberdeen, working with arts based projects in the city’s schools.   She has also worked with the National Trust for Scotland as Manager of Drum Castle and Craigievar Castle and was awarded the George Waterson Award for Services in Conservation (2015) for conservation management of Drum’s collection and for project managing the creation of a bespo...
First Page | Previous | 1 2 [3] 4 5 ...of 5 | Next | Last Page